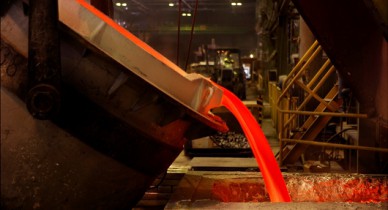 This time under the hot hand of the European Commission were imported by China corrosion resistant steel. In the end, the decision was made on the introduction of provisional anti-dumping duties. Their size falls in the range of 17.2 to 28.5%. This measure is the long awaited and the last in the list of decisions affecting Chinese imports. It is implied that the tariffs are assigned on the basis of the primary package of steel products. It includes existing duties on cold-rolled sheet and hot-rolled coil, hot rolled steel coil. The imposition of a provisional duty was preceded by a preliminary note of the European Union, filed in July 2017. It was suggested that the sizes of the resulting duties. Was also considered the minimum import value of hot-rolled coils Russian, Ukrainian, Brazilian and Iranian production.

In accordance with the official notice of the fee will affect imported flat-rolled products of alloy steel or iron. In the list of non-alloy steel, materials with aluminum and zinc coating. Takes into account products with a coating of zinc and aluminium, or without it. Also on the list of a list, roll, sheet steel with different carbon content, niobium, titanium, vanadium. It should be noted that imported steel hot-dip galvanizing Chinese production for the five month period has increased significantly. The figure was 47% in annual terms, reaching 1.48 million tons. The volumes exported by China in July has reached 6.96 million tons of finished steel. Compared with the June increase in July production amounted to 2.2%. But in annual terms the volume of shipments has decreased significantly. This figure is made up of 32.43%. For the seven-month period exports fell by 28.7%, reaching 47,95 million tons.