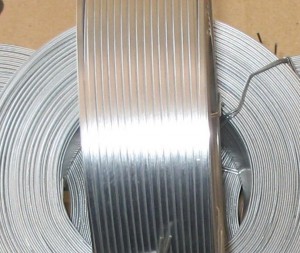 Despite the fact that rare metals began to be introduced by industry relatively recently, they are now widely used by high-tech industries. They are obtained either directly from deposits or from waste when developing other types of minerals. Raw materials resources for the extraction of rare metals are currently represented by both small production facilities and giant deposits, which make it possible to calculate the extraction of these metals for several hundred years.

To rare metals, geologists include about 36 chemical elements from the periodic table, the development of which began actively less than 100 years ago. Many of these metals (rhenium, hafnium, gallium, scandium, germanium) were discovered much earlier, but their properties, unlike noble metals, became known to mankind only in the 20th century. Initially, they were treated as exotic, hence the name «rare metals», which can be called conditional. No relation has a name to their physicochemical characteristics or insufficient abundance in nature. According to many researchers, this group of metals combines, first of all, the novelty of practical application. The insufficient content of these metals in the earth’s crust, the difficulty of the technological processes of isolation, are relevant only for some of them. It is possible to say with certainty that in our days the concept of «rare metals» does not bear direct semantic significance, since they are widely used by various industrial spheres.

Most often, rare metals are high-tech materials. For example, lithium made it possible to produce miniature and simultaneously capacious batteries, which can be recharged. Niobium became the basis for the production of superconducting materials having a high current density, tantalum is used in the manufacture of capacious miniature capacitors, hafnium — in the manufacture of corrosion-resistant high-temperature alloys. Miniature powerful permanent magnets are made from samarium, and reliable semiconductor devices from indium or gallium. Modern night vision devices and high-quality fiber optics would have been impossible without germanium.

Carrying out research, modern scientists continue to discover new properties of these metals, expanding their practical use. If at the dawn of the development of rare metals they were in demand only by the defense industry, today they are actively used in the manufacture of packaging containers, batteries, tiles, sanitary ware, semiconductors. Production-consumption of rare metals is currently progressing at a tremendous rate, overtaking other metals, demand for them in actively developing regions is increasing by 15−25% per year. As for prices, their range is very large. A number of cadmium is close to zinc and lead, while others are close to the metals of the platinum group (scandium, lutetium).

Buy at a bargain price

A wide range of rare metal products in stock Avek Global LLC is able to satisfy any customer. Quality is ensured by absolute observance of all technological production standards. We offer products from warehouses of Russia, Ukraine with delivery to any address. Our specialists will pack, staff, mark your purchase, and also will follow the delivery. All cash products are certified. The price depends on the volume of the order and additional conditions. Terms of delivery are minimal. With bulk orders, the company provides substantial discounts.