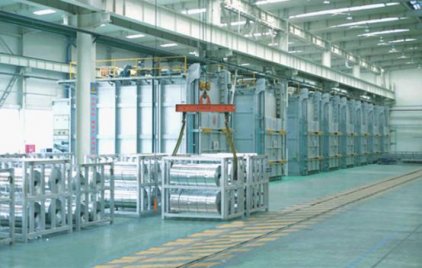 Titan brands VT6S, VT6 belong to the group α+β alloys. They are made according to GOST 19807−74, 90013−81 OST. Alloy VT6 legarrette 6% Al + 4,5% V, and alloy VT6S — 5% Al + 4% V. Aluminum is able to consolidate the α+β phase, the vanadium contributes to the stabilization of β-phase and impedes the formation of superstructure alpha-2 in α-phase… Aging and hardening increase the strength level by 15 — 20% while maintaining a fairly high plasticity. Option cast alloy ВТ6Л.

Long-term strength is characterized by a maximum voltage, which at this temperature destroys the material after a certain period of time.

The heat resistance of VT6 sheet

Heat resistance is characterized by the highest voltage — creep strength, under whose influence the material is deformed by a given amount at a given temperature.

The fatigue resistance of sheet VT6 and Vt6s

Titanium Bicycle brand WH, VT6, has a high specific strength, corrosion resistance, namagnichennosti. These alloys its strength is not inferior to the strength of steel, but lighter by almost half, are heat resistance, low thermal conductivity, easy stamped and forged. For corrosion resistance superior to stainless steel. Although the cost of titanium alloys is high, since the production of their labor-intensive and energy-intensive, but a winning combination of qualities makes them uncontested material. Despite the high cost, the materials based on titanium are widely demanded of modern industry.

High specific strength, corrosion resistance of the alloy VT6 allow it to be used in the manufacture of airframe, landing gear, plating, power set, tools pylons, wing, hydraulic cylinders parts, in rocket (fastenings, plating), production of turbofan engines. Thanks to its resistance to chlorinated and sea water, from alloy VT6 made heat exchangers, propellers, marine equipment, tanks for chemical engineering. Biological inertness makes it possible to produce from alloy VT6 implants for surgery. Alloy brand WH claimed in the manufacture shtampovannyh parts that work at temperatures up to +450°C. These alloys are used in the design of supersonic aircraft, for the manufacture of brackets, beams and similar power details.

LLC «AVEK global» sells titanium mill products in the most favorable conditions. We offer a wide range of products a variety of settings from titanium alloys of VT6, Vt6s, ВТ6Ч. Quality is guaranteed by strict observance of the production technology. Deliveries are made very quickly both wholesale and retail. For wholesale orders flexible system of discounts. Our managers can advise you on all questions. The widest range of products and comprehensive information will help you make the right choice.