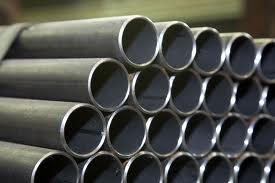 In 1801 of niobium oxide was isolated by chemist Charles Hatchet (England) from columbite (mineral found in the basin of the Columbia), in connection with which the metal was originally called «columbium». German scientist Heinrich rose, who studied the properties of the new element, it was proposed the new name after Niobe — daughter of Tantalus — «niobium», thus underlining the common features of the properties of these two metals. Niobium in pure form was obtained in 1866.

The close similarity of niobium and tantalum due to their frequent presence in certain minerals. The richest deposits of niobium are: North America, Russia, Nigeria, Brazil. Every year, the global consumption of niobium is 30 thousand tons of niobium, and every year it grows by 4 — 5%. From all of the obtained niobium 85% is produced only in Brazil, of which about 4 thousand tonnes for Japan.

Alloys of niobium and the niobium in its pure form are used to produce parts of missiles, aircraft; casings for uranium and plutonium nuclear boilers (the melting point of 3480 °C niobium carbide), containers of metal for liquid state. Used liquid sodium and potassium in the form of heat in nuclear reactors, move on niobium tubes. Niobium has a low artificial (induced) radioactivity, it is made for storage of waste radioactive substances. Also niobium is widely used in the manufacture of electrolytic capacitors and the «hot» fittings and electronic generator powerful tubes (anodes, cathodes, grids, etc.).

Alloys of niobium are relevant for the production of corrosion resistant equipment in the chemical industry. With the help of niobium lagerbuchse non-ferrous metals, including uranium. It is used in superconducting — cryotron components of the computing machines. Niobium was used in androna Collider accelerating structures. By the end of the twentieth century particularly valuable properties of niobium, such as lack at temperatures up to 1100 °C visible interaction with uranium, high thermal conductivity, and minimal induced radioactivity, and narrow is the capture cross section for thermal neutrons. These properties allow the niobium to be in nuclear power, along with beryllium, aluminum, zirconium. From a sheet of niobium is most often used to produce containers for waste storage of radioactive substances, as well as shell for fuel elements.

Niobium is quite an expensive metal. Metallic niobium dust irritates the eyes, skin and is flammable. Some of its compounds are very toxic. MPC of niobium is 0.01 mg/L. In case of contact with the human body, niobium can cause severe neuritis and further paralysis of the limbs.

Steel pipe, when doped with niobium have the highest strength and corrosion resistance. Pipe in Packed form can be transported by any types. During transportation of the pipe is protected from moisture, the effects of chemical active substances and mechanical deformations.

Huge range of rare and refractory metals in stock LLC «AVEK global» can satisfy any customer. Absolute compliance with all technological norms of production ensures the quality of the finished product. Deadlines all orders the shortest possible. For any questions, experienced managers will give a full detailed advice. Carrying out wholesale orders, you can count on company-provided flexible system of discounts.