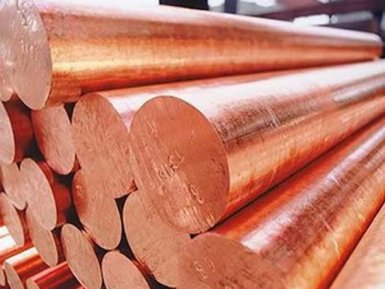 Company Avecglobal sells bimetals in assortment of brands and profiles at reasonable prices. The supplier ensures the timely delivery of products to any address specified by the consumer.

Bimetallic or thermostatic metal is defined as «a composite material, usually in the form of a sheet or strip containing two or more materials of any suitable nature, metallic or otherwise, which, due to the difference in properties, tends to change the curvature when the temperature of the layer or strip changes.»

Thus, bimetals are layered metal composites, most common in the form of strips or sheets, which consist of at least two tightly bound components with different rates of thermal expansion.

Since on heating, one layer expands more than the other, the flat strip is forced to bend in one direction and in the opposite direction when cooled below its initial temperature. The greater the difference in thermal expansion, the greater the mechanical displacement.

Metals and alloys are heated to different degrees when heated. When two metal bands with different thermal expansion rates are connected together, the upper band is partially prevented when it is heated by the lower stripe. The resultant force causes the bound bands to bend.

Due to this quality, bimetal is called terbiummetallic, because its performance is directly related to the effect of heat. When external forces are not applied, the bimetal will have the shape of an arc. Usually two metals with significantly different coefficients of thermal expansion are selected. Of the two layers that are permanently bonded together by riveting, soldering or welding, the side that exhibits the greatest thermal expansion is considered to be an active component.

It usually consists of an alloy containing nickel, iron, manganese or chromium in varying amounts. A side with a smaller amount of expansion is known as a passive component, for which an iron-nickel alloy Invar containing 36% nickel is often selected.

In some terbimetals there is a layer of nickel or copper between the two layers to reduce the electrical resistivity and increase the thermal conductivity.

Buy terboymetallaly at economically advantageous prices of manufacturers offers the company AvekGlob. The supplier guarantees prompt delivery of products to any point set by the customer.

The components used to make the bimetal are first selected by their temperature characteristics, and then by strength, workability, thermal conductivity and electrical properties, depending on the specific requirements.

Typically, bimetals can be obtained to respond to changes in temperature in any given range. For this, the correct constituents, in particular alloys with a low expansion coefficient, are selected. Most often, the layers are welded together into a large rod, which is then rolled on hot and cold rolling mills into sheets.

Between the various rolling processes, the sheets of terboymetalla are heat treated in an annealing furnace in a controlled environment. The sequence of annealing and rolling affects the properties of bimetal. During the final production process, the cold-

Rolled strips are marked layer by layer, while their ends should be ground. The marking is usually performed on the active layer, which is located on the convex side of the heated thermostatic bimetal. The final sheets are cut into strips or strips with a thickness of 0.1 to 3 mm.

Thermobimetals are used in a flat or arcuate shape. The large length of the folded version provides increased sensitivity. The bands and disks, which convert the temperature change into a mechanical displacement,

are the most commonly used bimetallic objects. Therefore, bimetals are mainly used in cases of transformation of temperature changes into motion and / or force. Electrical energy can also be used to trigger the effect in applications where the thermostatic bimetal is heated electrically.

Conversely, movement and force can be converted into electrical energy, for example. in the liquid level gauge.

The use of bimetal is divided into four main categories, including temperature indication, temperature control, time limitation and monitoring, and safety functions. The temperature display is most often found in thermometers with a spiral coil indicator. In this case, from the thermobimetal

requires the creation of sufficient torque to move the pointer.