Uzbekistan is planning to freeze "Ingichka" and to develop "Sautbay" 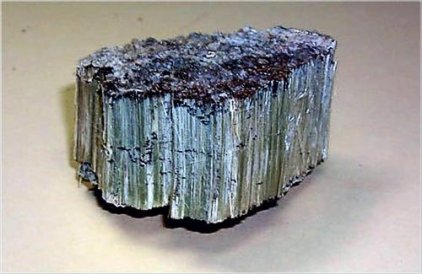 In Uzbekistan made a decision on temporary suspension of the project for the resumption of production of tungsten, obtained in the Samarkand region in the field «Ingichka». For exactly how long this project will be frozen, the government is the exact answer does not give. That, however, it is clear, taking into account both price uncertainty and excess tungsten on the world market, not giving the possibility of long-term forecasts. According to informed sources, it makes no sense to expect to resume work until the spring of 2015. The first phase of the project according to preliminary calculations, will cost 50 million USD and will be used to restore activities underground mine, the mining tungsten ore. Its annual production capacity will be about 300 thousand tons. The second phase considers the construction of a new enrichment facility, however, unless it is not intended nor appropriate investments or production capacity.

For 2013−2014, the State Committee on Geology and mineral resources of the country held a series of talks with Chinese and South Korean companies on the development of a feasibility study of the project, but further discussions it does not matter, no real agreement was ever signed.

Mine «Ingichka» was a supplier of tungsten, since 1941, however, in 1996, this tungsten source, the only in Uzbekistan, was frozen because the cost of metal left much to be desired. Uzbek enterprise on production of high-temperature and refractory metals were forced to start to work with imported tolling raw materials that adversely affected production performance, whereas previously the annual processing of tungsten concentrate amounted to about 2000 tons.

In June last year, «cgmr» Uzbekistan and the company «Shindong Resources» from South Korea, documents were signed establishing the joint venture «Uzbekistan-Korea Tungsten». The new organization will take over the tungsten mining in Navoi region at the field «Southbay».Investments in the project amounted to 145 million USD, the estimated annual production capacity of the GOK will be about 1.5 thousand tons of highly enriched tungsten concentrate, the construction of a mining and processing complex will start next year.