The decline in the price of scrap aluminum Brazilian production 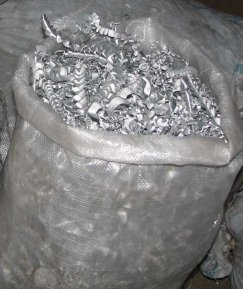 Lightweight and durable aluminium is now widely used in many compartments of the industry. Because of the unique characteristics of such metal allow not only to strengthen but to reduce the cost of production of various important and critical structures. The natural corrosion resistance of such materials makes its use possible even where many other materials are not effective. Moreover, a form of aggressive environment is almost irrelevant for the aluminum structural parts of important production equipment. Both liquid and gaseous substances of an aggressive nature can’t cause aluminum parts significant damage. The totality of these factors resulted in the rapid and the rapid development of the aluminum industry. After a constant expansion of spheres of application of strategic material requires the constant increase of the extraction of the raw material. A metallurgical giants, both local and global significance pay increased interest of the industry and believe investing in its development funds is very promising. Recently, however, the aluminum market is quite often a fever and the price of material experiencing numerous UPS and downs, destabilizing work aluminum industrial complexes.

According to the independent analytical sources in the middle of January this year, showed a significant reduction in the cost of briquetted of aluminium scrap in Brazil. This event became an unpleasant surprise for the producers of important industrial raw materials, since for many months of the previous period, the price of aluminium has developed steadily and steadily climbed up. Research conducted by the specialists of the aluminium Association Abal revealed a decrease in the cost of briquetted scrap jar type over the past week, four and a half percent compared to prices in the same period last month. However, to worry too much about it maybe not worth it, because if you compare such pricing with the results of the research last year, the price of aluminum on the contrary increased by almost ten percent. So the hope for a stable increase in the cost of such material does not leave the aluminium producers, and a small drop in prices is now seen by them as an unfortunate and short misunderstanding.