Ukraine: indicators increased, however, planned results are not obtained 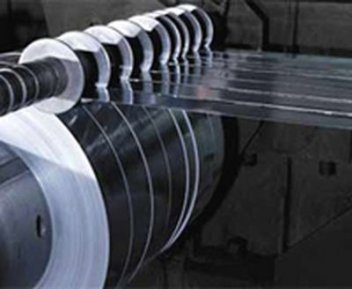 Summing up the past 2013, it’s safe to say that Ukraine continues to increase production capacity of steel, especially when compared to the 2013 figures derived from «metallurgproma» with the year 2012. Recall that a year ago the production of steel was reduced by 7%, and pig iron fell by 1%, metal declined by 9%.

However, planned results were not achieved: the increase in the steel industry was expected to be 6%, the smelting of iron had increased by 5%, the increase of metal products in 2013 was supposed to be 6.5%. The main reasons for which were not achieved the expected performance is as outdated equipment, and reluctance of managers to produce its modernization and Ukraine’s dependence on exports, coupled with the unstable domestic market.

«Azovstal», Mariupol iron and steel works, which is one of the largest enterprises of Ukraine, in 2013, was able to develop and launch at least 40 new hire; this increase in production was due to the development of new brands. Azovstal is one of the three leaders of Ukraine’s pig iron production, steel production and rolled products, the company is able to produce up to 6.2 million tons of steel and 5.7 million tons of pig iron. In 2013, the first in Ukraine «Azovstal» was rolled strip (steel strip used for manufacture of pipes) to customers in France, there was also made a strip for India. Was made the shipment of steel for Saudi Arabia and Turkey, for Poland, produced steel for bridge building.

You can also note the «Zaporizhstal» steel works, which only in 2013 could set a record 224 of the main indicators. Summing up the annual results, we can safely say that steel production increased by 0.9%, pig iron output grew by 0.8%, and the annual rental increased by 2.4%.

As for 2014, the state enterprise «ukrpromvneshekspertiza» have put its forecast, according to which the metallurgical enterprises of Ukraine needs to increase the steel production by 2.7 percent on 2013, which in numbers is about 34 million 200 thousand tons.