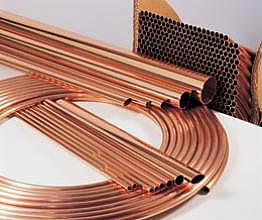 According to analysts of the market of non-ferrous metals, China is able to exert significant influence on the world copper market and a number of other non-ferrous metals. Growth similar effects highly promote geological work conducted by Chinese experts on the territories of Inner Mongolia. If you operate the numbers, in open fields according to preliminary data there are reserves of zinc in the amount of 9.4 million tons, copper of more than 2 million. tons, 150 tons of gold, more than 3 million. tons of molybdenum and related zinc lead. As the analytical data, currently China consumes more copper, which is only about 25 percent of world production, however, it is necessary to consider dynamics of growth, which equates to 4−5%, and in accordance with this, in subsequent years, the demand for copper in China market can increase from 5.5 to 6m.tons. Thus, new fields can have a significant impact on production and pricing.

Also in 2014, Peru is planning increase in exports of copper is 17 percent, which contributes to a lot of copper mining, which began in December 2013 Chinese company Chinalco Mining International in Peru at the Toromocho project. This project involves the annual production of copper in the amount of 250thousand. tons, in addition to the metal is smelted silver and molybdenum. ScotiaBank predicts an increase in copper production in 2014 to Peru to 16 percent.

Russia at the end of 2013 by 10.2 percent reduced the number of exported refined copper exports of the metal reached thus 190,4 thousand tons. Income in monetary terms amounted to more than 1,397 billion.

And another interesting fact: UGMK-OTSM began to provide a guarantee on pipes made from copper Revdinsky factory on processing of nonferrous metals. Act warranty will be for 5 to 10 years and covers not only products revdinskiy plant, but in Serbian «copper tube Plant». At the end of 2013 UGMK-OTSM is the only producer of rolled metal in Russia, which guarantees the quality of its products. The company gives a guarantee of conformity of its own products with all technical standards and requirements, provided that buyer will continue to comply with the transportation, installation, storage conditions and allowable pressure.