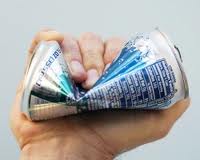 This week has experienced a record drop in aluminum prices over the past few years. So, today the price of futures with an estimated delivery in 3 months on the stock exchange of metals in London will be more than 1, 757 thousand us dollars for one ton of aluminium. It is noteworthy that last week the price of the metal dropped to level 1, 748 thousand for ton.

According to the world’s media, a record accumulation of stocks of aluminium in warehouses caused by massive overproduction of aluminium. However, on the physical market are metal lacking due to frequent delays in delivery. Warehouse operators greatly increased their aluminum inventories, which led to long queues of consumers, leading to a rapid increase in the rents for so-called storage of this product.

Regarding aluminium production in Tajikistan, it should be noted that the import of this metal and its manufacture does not have a significant impact on the state of the world market, but world prices for aluminium have a tendency to decline, which in consequence may adversely affect the aluminium production in the country. Because the low cost of metal, reduces the interest to produce it in the future.

Given current market trends, the Tajik aluminum companies need to maintain their position in the market, in order to be more competitive and to strengthen existing positions in already occupied markets, for example, in Turkey.

No doubt remains, the world prices for the metal will continue to decline steadily, as investors are gradually moving away from the inventory policy and eventually begin to sell existing stocks. Such action will increase the supply, which considerably will exceed demand. In turn, Tajikistan fall in the world prices for aluminium will not be a great shock, and the country successfully survive this excitement. But if weaving the consumer will consistently purchase aluminum, with the result that the world price will not drop to the level of costs, then the situation mostly will not change, except that it will affect the profitability of the company involved in the manufacture of aluminum.