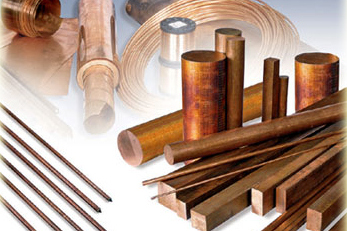 Analysts do not get tired to predict the fall in prices for nonferrous metals. According to data provided by «Cochilco», Commission of Chile, the average price of copper in 2014 will be 3,15 USD per pound, whereas in 2013 it was 3.32 USD per pound. While real prices in 2013 were slightly higher than the data predicted by the experts.

Opinions of analysts concerning the cost of the red metal are different: some expect that in 2014, the copper prices will be supported by growth in Europe, China and the United States. Others, however, believe that the negative impact will be the slowdown of China’s economy, whereas the positive factor will be the economic recovery of the Eurozone, Japan and the USA. While all experts agree with the predicted level of quotations in the amount of 3.3 USD per pound. Forecasts of some analysts that prices may fall to level 3 and below per pound new projects able to improve the situation with the lack of proposals on non-ferrous metals.

In China, according to the December data of 2013 imports of copper compared to November increased by 1.3 percent and amounted to 441291тонны (by data for November, the figure was 435613 tonnes). By the end of 2013, the imports of the red metal decreased by 2.3% compared to the same period last year, which amounted to 4.54 million tonnes. If we consider the 2013 figures by semester, it is possible to determine that the second import has increased by 27%, which indicates the improvement of internal demand.

By 2015, the price of Nickel will also increase and the cost per ton will amount to 17 thousand USD, as reported by «Yieh.Corp.» Before 2014, the price per ton is expected in the amount of 15 thousand USD. According to the data provided by the «World Bureau of Metal Statistics», by the end of October 2013, the abundance of Nickel in the world market amounted to 178 thousand tons, also according to the production of purified Nickel in the period amounted to 1,656 million tons, while the consumption shown by the figures 1,478 million tons.