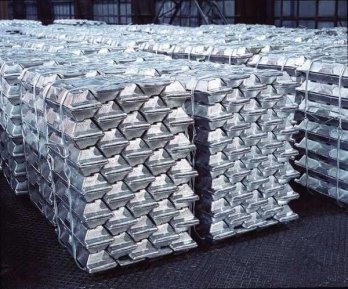 The field of alternative energy and new power sources have long vexed scientists from around the world. A rather unusual discovery in this area is owned by a Japanese scientist. When designing a new portable computer technology was considered the most unusual dining options laptops and other mobile devices. A recent study gave the palm in this compartment the unique battery is based on the interaction of aluminum and plain water.

Modern battery is a device in which only part of the space is given to aluminum fuel element and water element. Such a core must produce electric energy from hydrogen and oxygen raw materials. This principle, characteristic for older batteries. The fundamental difference of the new apparatus is that it requires no refueling with hydrogen or alcohol-containing solution. The role of power supply in this product given pure aluminum and ordinary water. Both important elements are in separate compartments of the cartridge, and the reaction can be carried out without additional heating. Because the aluminum core, pre-cleaned from oxide films perfectly react with water even at room temperatures. In the course of such interaction is allocated the required amount of hydrogen, which is able to ensure the functionality of the computer equipment.

It is important to note that the unusual technological process allows to distinguish free particles of aluminum, very productive. Theoretical calculations indicate that the amount of hydrogen produced during the reaction, reaches its maximum. Experts check the ratio of hydrogen percentage for one gram of pure metal. After a series of tests, the developers have stated that their battery will give you 10 watts of power under normal load. In emergency modes of operation power indicator apparatus can reach twenty watts. The weight of the battery pack is slightly smaller than a kilogram, and its voltage is estimated at 7.4 volt.

In the nearest plans of the team is to increase the power of the source power up to hundred watts and decrease its weight. Moreover, as the core battery can be used waste (scrap) aluminum production.