Chandra Shekhar Verma: "the Worst of times for the steel industry already behind!" 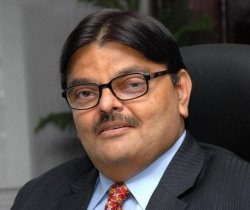 Despite some difficulties arising even in such a large-scale enterprise steel casting, Indian SAIL, today can not be afraid to invest in raw materials or assets, the head of the specified group. As noted by the leadership of the world’s largest steel group casting, only for the month of November sales have increased by 10%, which in conditions modern problems of metallurgy is very high.

Chandra Shekhar Verma believes that all the trouble and down time that was noted in almost every steel mills, left behind. So, in 2012 the growth of production amounted to only 0.7%, while only in November of the current year the production volumes have increased by more than 3%. And in some countries, particularly in China, the volume of supply of steel which is 45% of the world market, a growth of more than 8% in comparison to last year’s two. Even the domestic market growth has increased by more than 5%, indicating steady growth in the steel industry.

Among others, the statement was made that today’s steel production is loaded almost on 80% of its capacity, and it is quite high. Moreover, the absence of 100%-those figures can only be explained by the fact that in the warehouses of shipments, there is still a surplus of finished products, however, the prospects experts predict is still good.

Has not bypassed the attention of journalists and the question of what prospects to assume the head of the largest steel company in respect of prices or similar products. The answer was that the growing demand will certainly play a role in the direction of a slight increase in the price, however it will be a slight increase. Is such a position that the volume of steel production has increased worldwide, and therefore the competitiveness has not lost its relevance. And one of the main factors of a successful hold on the market and is achieving an optimal balance between quality, price and the ability to offer the desired volume in the short term. However, even a slight increase in market prices of steel Verma considers positive for the industry in General, and signal that back problems.