The debate over the extraction of Nickel in Voronezh 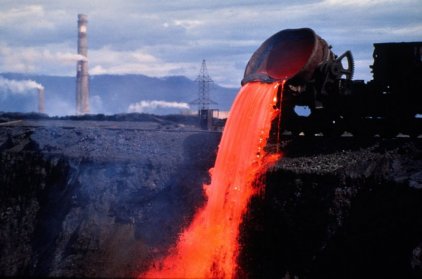 Still an ongoing debate about the risks associated with the extraction of Nickel in the Voronezh and this is not surprising. Because Nickel production is associated with numerous risks, both for the environment and for human body. Those profits that will receive Corporation planning to develop a rich Deposit in the Novokhopersk area, can turn into a real disaster for the indigenous population of these places.

Rally-a protest recently held in response to planned environmental disaster is not indifferent to the various strata of the population from the ordinary workers and employees to researchers to University professors. Experts in the field of biology, emphasized that even if the production of Nickel ore will be mining method, the damage to natural and human resources is huge, and open mining methods of Nickel can turn into a real disaster, the consequences of which is to predict is difficult. Also questioned the suitability of those areas where it is planned to develop a Nickel rock for permanent human habitation. Currently, in the Eastern district of Voronezh region and sub-array surrounding nature is home to many thousands of indigenous people.

The construction of the mine complex, to the depth of layers of Nickel ore will provoke a sharp drop in groundwater, which in turn will transform a large part of the blossoming of the protected zone in a barren desolate desert. Huge dumps and waste heaps, which are the constant companions of the extraction of Nickel raw materials, distribute of harmful dust for miles. To reduce the risk of adverse effects of such dust on the indigenous population is taken regularly to treat piles Nickel special compounds from a mixture of different chemicals. However, such treatment is fraught with new dangers. Because residues of such chemical composition, gradually decaying transformirovalsya in carcinogenic substances, which provoke the development of a complex disease, and Oncology in particular.

Particularly angered the population the fact that the domestic industry generally uses only five percent of all the mined Nickel, and other supplies safely exported outside of the Motherland, enriching various officials. What is more important — lives of more than a thousand Russian citizens or the welfare of individual so-called «servants of the state»? The question is rhetorical as you can see.