Imports of ferronickel in China continues to grow 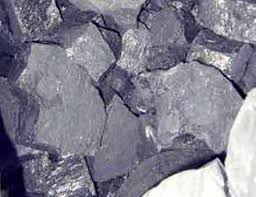 As reported by the analytical data provided by the Chinese customs service, during the last six months the number imported into the country of ferronickel increased by half. And if for the period from January to June last year, the volume of imported goods amounted to 68656 tons for the same period in 2014 China purchased about 140114 tons, higher than last year’s 104%. Ferronickel is quite a popular material, given that it serves as a component for the production of stainless steel metals, construction materials and utensils. During the first half of the main supplier of ferronickel for China was Japan, bringing the volume of imported goods to the level 33437 tons. This number makes up almost ¼ of the total imported ferronickel, and in comparison with 2013, the volume of imported Japanese product increased more than 400%.

Second among suppliers for China became Colombia, giving the country about 30953 tons of ferronickel. On a yearly comparison, the volume of imported Colombian product increased by 1.4% in January-June 2014. New Caledonia is among the suppliers of third place, supplying China 27785 tons of product. The amount of ferronickel imported from New Caledonia to China has increased significantly compared to last year’s deliveries, the volume of which amounted to 3430 tons.

In June, the volume of imported ferronickel reached 17604 tons, compared to June 2013 deliveries in the country increased more than 160%, which indicates that the maintenance demand in the metallurgy sector.

In Central America, after a long inactivity resumes mine «Fenix», owned by the most ambitious production in the region. «Fenix» is a project aimed at the development of ferronickel raw material world-class with approved assets. The largest Guatemalan mine was mothballed for 30 years, the opening took place with the submission of the President of Guatemala, Otto Perez, who believes «Fenix» the most significant historical investment project. The license to develop the mine for a period of 25 years was designed by a Group «Solway» in 2006 — documents «Solway» got 98,2% «Fenix», the state retreated 1.8 percent. Mine is one of the largest mines with assets of mineral resources of 36.1 million tons of raw materials, the Nickel content which is of 1.86%.