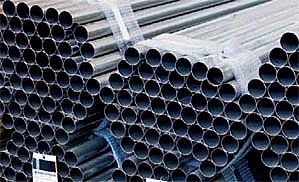 Products made of stainless steel were also exported in smaller quantities, if we compare the data for November with the October figures. In particular, exports of stainless steel decreased by 1.6 percent, while exports from the country during the November period was $ 95,722 thousands of tons and revenue from it 335,813 million USD. The production volume in October dropped compared to September 2013, by 1 percentage point, down to 252,319 thousand tons. However, the annual crude stainless steel increased by 4.1%.

For the period from January to November last year, the number of goods manufactured in comparison with the same period in 2012 increased by 7.8 percent, reaching 712,86 million tons. In the November period last year, the steel production in the factories of China were 60,88 million tons, which is more testimony to the same period in 2012 was 4.2 percent.

Kazakhstan has also reduced the production of steel compared to the 2012 volumes in 2013 decreased by 7.9%, to 3,477 million tons. Figures in December 2013 for the production of metals in Kazakhstan amounted 312,7 thousand tons, and this figure more than the same period of the previous year by 44.6%, but in comparison with the November data 2013 smelting of metal fell by 6.3%, what statistical data is telling.