The use of silicon and Nickel in alternative sources of supply 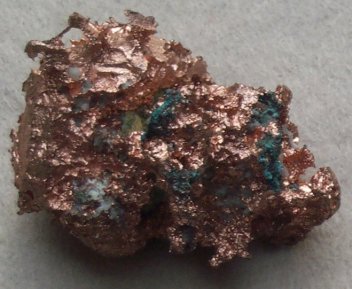 The unique properties of Nickel make this material very popular in the field of innovation and scientific discoveries. So durable ultrathin Nickel film together with the silicon wafers became the basis of fairly cheap and readily available for Assembly in the home instrument to split the water molecule into hydrogen and oxygen share.

A group of scientists from Stanford University in America, has long been engaged in studying the properties of Nickel suitable for use in alternative power sources. The invention of a new apparatus that is able to store the energy of hydrogen obtained from water, and then give it as needed scientific geniuses think the real breakthrough with this area. As research and experiments that are conducted, the scientific community, scientists were able to achieve many interesting results. So last summer the staff of the American University have perfected one of the oldest rechargeable batteries invented when Edison and accelerate its work more than a thousand times.

Operation of the device of splitting of water molecules is based on the use of solar energy. Two interconnected thin silicon plates, one of which is covered with a protective substance based on Nickel play the role of a electrodes. When sunlight hits on the surface of these electrodes they generate an electric current acting on the water molecules and causing them to disintegrate into separate atoms of hydrogen and oxygen.

Nickel carries a protective function, through which oxygen can not too fast to spoil the silicon wafer. Also Nickel coating contributes to the current tensions, which in turn significantly increases the efficiency of the unique apparatus. This design allows the use of an unusual device in quite a long production cycles. Scientists are assured that if the electrodes will interact with the oxygen within seventy-two hours without a break, on the surface of structural elements of the device will not appear even the slightest hint of corrosion. The relatively low cost of such equipment will ensure quick adaptation of new technologies of obtaining of pure hydrogen in industrial applications.