Positive forecasts on the development of aluminum market 2013 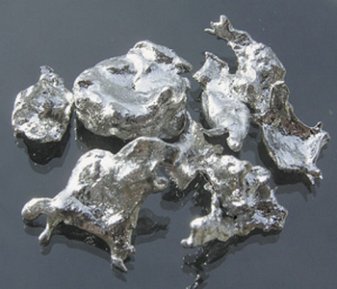 This year, a well-known statistical company with a world name have estimated the development trends of the aluminium industry over the past few years. Experts came to the conclusion that 2012 was almost entirely under the auspices of the excessive presence of aluminium and its alloys on the market, so that prices for the material decreased slightly, thus shaking the stability of the well-known manufacturing companies. In quantitative terms, the excess values are around four hundred nineteen thousand tons. Although it should be noted that the demand for cruise lightweight material compared to the same characteristics of 2011 increased slightly (about three percent).

The total number of aluminum raw materials produced by the world community during the period amounted to about forty-five million tons. The major share is taken by Chinese production, although it is impossible to ignore countries such as North and South America, as well as Asian and European countries. Almost all of the major manufacturers of aluminum raw materials gradually reduce the capacity of their enterprises, is no exception and the Russian Federation.

A known leader in the manufacture of the Russian aluminium under the name of «RUSAL», which provides a very significant impact on the Russian economy reduced the production of important structural material of almost seven percent. However, the estimates of the experts did not consider the resources of the new Boguchansky plant powerful group. The new company turned out in full force by the end of the first quarter of 2013 and virtually nullified all the previous savings leading corporations.

Despite the reduction in production volumes of plants for the production of aluminium last year, overall global demand for this raw material increased slightly. After all, along with high performance countries such as China and America have been good consumers of aluminium, allowing to maintain a positive balance in the sphere of supply and demand of products to this segment of the market. Therefore, despite the decline in demand for aluminum products in European countries, global forecasts for the future development of such industry very favourable and positive, and thus stability and prosperity of the large aluminum companies in 2013, nothing will happen.