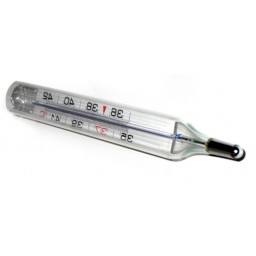 Gallium is one of the most interesting and fun elements of the periodic system. After all, where else have you seen a metal that can melt in a human hand. Although given some of the toxicity of the material to conduct such experiments better protective gloves. A second interesting feature of gallium is represented especially by his cooling. Even if initially the molten material to cool to thirty degrees below its melting point, it will still remain liquid. Although, if you add to such a solution a piece of solid raw material, the crystallization process will begin immediately directly into your eyes. The same effect is achieved by adding the liquid metal of a small piece of ice.

Due to its unusual properties such raw materials have received rather unexpected application. Since liquid gallium does not freeze in a large temperature interval, it is suggested to use as a liquid column for high temperature thermometer. In theory, such a thermometer can measure temperature up to 2000 degrees. Such thermometers used in the laboratory since the sixties of our century, though too large the distribution is not received. Due to this fact simply enough, with a significant increase in the temperature regime such metal can be very corrosive properties, it ate away all obstacles in its path, including flasks made of titanium or tungsten. It is also worth noting that glass and quartz surface gallium wets well, and so Alipov in a glass flask, metal will not allow to reliably know the temperature. Another risk factor is similar to the cooling of the thermometer is below twenty-eight degrees limit. It is for this feature of the gallium begins to harden, showing all the qualities of water when it freezes. Therefore, when gallium cooling device for temperature measurement may just break inside.

However, in the modern world is becoming more important environmental safety of a product. That’s why many of the European organization for the protection of health protested against the use as a filling for a thermometer threat of mercury, and therefore, the gallium, the question still remains open and relevant, especially at some international auctions thermometers with a gallium filling are in demand and in demand even today.